Nancy and Sam has a fully finished basement but needed a new sealed sump system with a battery back-up to protect them better.  They chose the SuperSump with the UltraSump 4 battery back up system. the UltraSump 4 has the largest Battery in the Business for those times when your power goes out. They also wanted to have their discharge redone with our patented IceGuard to protect them from frozen discharge.  They are very happy with their new sump pump system. 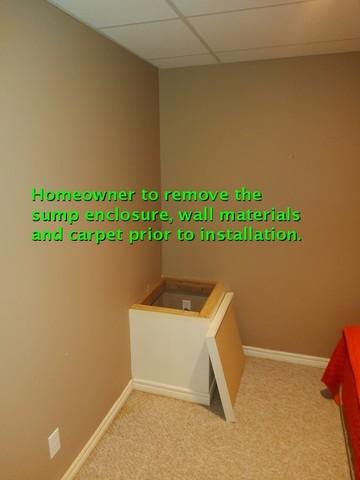 In the finished area, a box was erected to house the sump pit 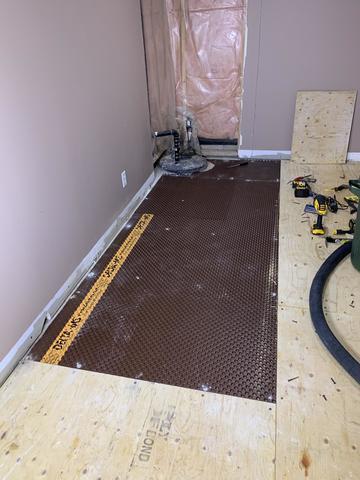 The Box is removed and the floor is opened up 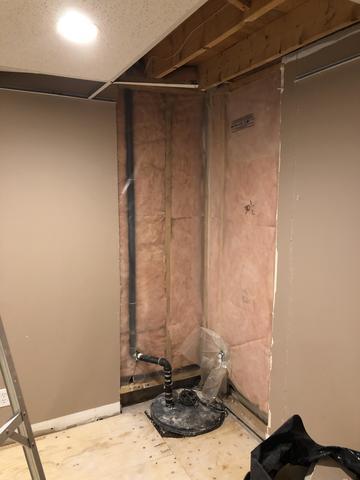 A section of the wall is opened up in order to redo the discharge line.

The old pit is removed and the pipe from the weepers is exposed. 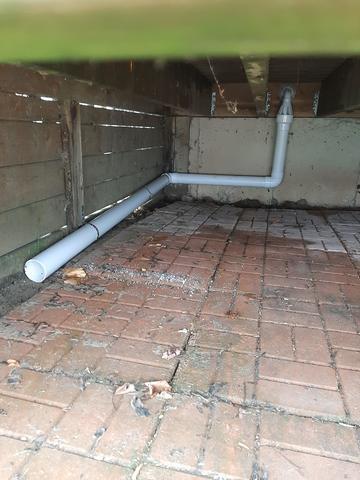 Discharge away from house.

It is important to get the discharge away from the foundation 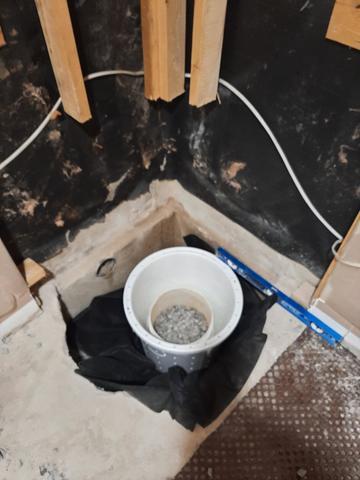 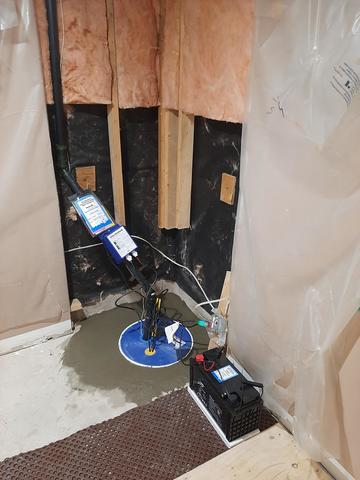 The Zoeller M63 is install, UltraSump 4 attached and the lid is put on and the floor re-concreted. 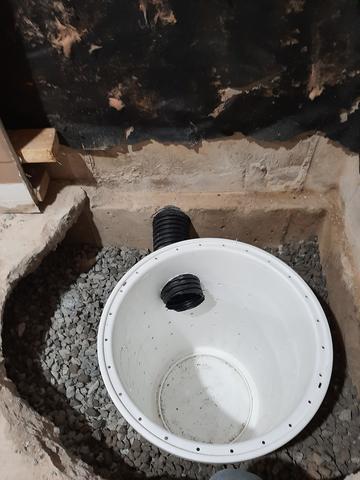 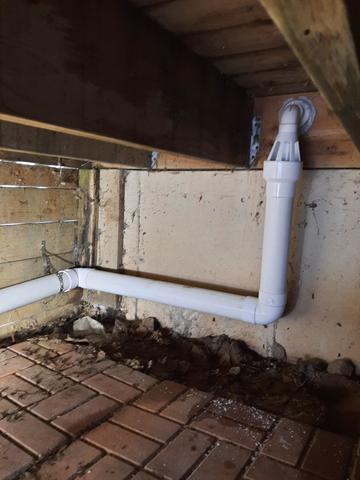 New Discharge with IceGuard is run.

This IceGuard will protect the discharge from freezing in the winter. There are no valves for the homeowner to have to remember to turn

Back to Previous Page