What's The Mould In Your Home Costing You? 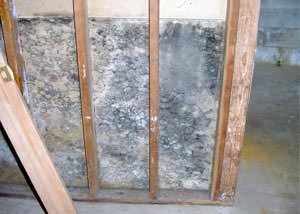 Mould spores are everywhere. With moisture, warmth, oxygen, and organic material for food, mould can grow in as little as 24-48 hours.

What's living with you in your home? If your basement is flooding or damp, or you have a humid crawl space, then you can be sure to add mould to that list.

Along with destroying everything it grows on, mould produces allergens, irritants, and, in some cases, potentially toxic, carcinogenic substances.

Mould exposure can cause allergy symptoms such as such as nasal stuffiness, eye irritation, wheezing, or skin irritation. People with serious allergies to mould may experience more severe reactions, such as fever and shortness of breath.

The best way to control mould in your basement is to maintain a dry, healthy environment. By lowering your relative humidity levels below 60%, you create an environment in which mould can no longer thrive.

Get a FREE Quote!

How Widespread Are Mould Health Issues?

A damp home will enhance the growth of dust mites, mould, and mildew. It will also promote bacterial growth and increase the likelihood and severity of cockroach infestations. Exposure to mould spores can happen in many ways, including ingestion, skin contact, and (especially) inhalation.

We inhale 10-12 cubic meters of air every day. In the right conditions, there can be hundreds of thousands of mould spores existing in a single cubic meter of air, and between one million and ten million mould spores in just one square inch of drywall.

Mould spores can hang in the air for weeks, and even dead mould can be toxic and allergenic. If mould is in the air in your basement, and it is sucked into the house through your air conditioning system (without being caught in a filtration system) then you now have mould in your house.

Like pollen, mould allergies produce all the usual symptoms of allergic rhinitis -- including watery eyes, a scratchy throat, a runny nose, and general discomfort. If you experience these symptoms when home, but you find that they soon fade when you leave the house, a mould issue may be their source. 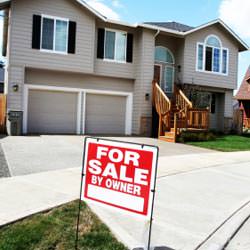 Nobody Wants A Mouldy House!

How much will a mould issue affect your home? According to the Environmental Assurance Group, a $250,000 house can have $100,000 in mould problems!

The issue becomes much more severe if your home is found to have toxic mould problems. A report by The Appraisal Journal (Spring 2005) shows that you can expect to discount your home by 59% if it has been affected by toxic mould.

The article goes on to say that only 58% of prospective home buyers with full information would bid to buy a home with mould contamination in the first place -- and when they do bid, it's often so low that the seller is likely to refuse the offer.

Are Your Children Living In A Mouldy Home?

In July 2010, the American Journal of Epidemiology published the results of a six-year study on how dampness and mould affects small children between the ages of one and seven.

What The Experts Are Saying About Mould

Professionals throughout the health, insurance, and building science industries are speaking out about mould!

If you have just a few square feet of visible mold, you may be tempted to have anyone tackle the problem, but that can be a costly mistake. Without adequate precautions, they may open up a wall and expose themselves and the building occupants to unknown types and quantities of hidden mold. That could release mold spores into the air and ventilation systems, spreading mold growth throughout the building.

Stachybotrys chartarum deserves a special consideration because it has been considered as potentially responsible for serious deleterious health effects, including death in newborn babies.

The American Journal Of Epidemiology

In addition to fungi and their spores, toxins emitted by molds or bacteria, as well as their cell wall components, including beta-glucan, may induce an inflammatory reaction in the airways, which could enhance allergic responses to other allergens.

The Journal Of Property Management

One of the more dangerous elements associated with mould is mycotoxin, a toxic agent produced by fungi that clings to mould spores. As unfortunate outcomes of mould and mycotoxin exposure, building occupants may be inflicted with more serious ailments such as Organic Dust Toxic Syndrome, Hypersensitivity Pneumonitis, or other immunologic symptoms. Some of these diseases can be caused by a single heavy exposure.

Any level of visible fungal contamination could potentially represent a
health risk for certain populations.

With the potential number of buildings affected, the number of people exposed, the types of policies that could be affected, the defense costs associated with these complex claims, and the global potential for claims activity, toxic mould could very well rival asbestos.

If you are reacting to a problem because somebody's been sick, you've waited
way too long to address indoor air quality.

The following reference provides even more information about mould and the related health issues that can arise. Check it out to better understand mould and how it can affect you and your home.

At Omni Basement Systems, our experts specialize in creating drier, healthier spaces in your basement or crawl space. Our systems have been installed in hundreds of thousands of homes worldwide, and include a written warranty that can be transferred to the next owner of your home, should you decide to sell in the future.

While we're waterproofing your basement, we can also provide you with our powerful SaniDry™ XP Basement Air System. This award-winning, Energy-Star-rated dehumidifier will keep dry, filtered air circulating all over your basement. Lower the relative humidity of the air below 60%, and you'll keep mould growth to a minimum and ensure a healthier, safer environment in your home.